Author’s Note: I wanted to use the song I chose for this piece a while now, but I didn’t really have an appropriate pair of father and daughter. I still thought of it when I worked on things for Dillon and Larina, and part of the lyrics fit with the relationship that they share. She always saw more in him than he saw in himself, and that part of the song seemed to fit.

So did everything with Burditt, as he was the father figure for them both, and he really was the one to show everyone how much they matter, how much he loved them and wanted them to love themselves.

I took scarf as the prompt/item from the digital package. The song and this concept could be extended into a longer arc or fic, and I kind of thought prefacing it with something from the present, and maybe I will if I work it into the novel. I’ll see.

It does follow Keeping Warm, as Dillon is still recovering in this one, but I liked the idea of connecting it a little. The main influence, though, has got to be Tori Amos’ “Winter.” 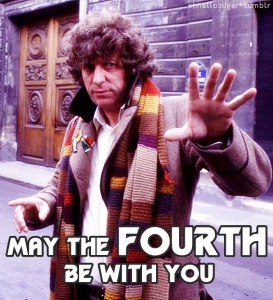 All the White Horses

“I thought you said hot cereal was fine as long as there was no milk in it,” Thyda said, peering over into Dillon’s bowl. Larina almost swatted her away. He didn’t need a lecture, and he was still kind of sick, so Thyda had to leave him alone.

“Is that too much?” Sorina asked Dillon, and he looked up at her, eyes full of guilt for pushing around his cereal instead of eating it. Larina wouldn’t have minded so much if he didn’t look like he was afraid of being punished for it, too. “Sweetheart, you’re still getting better. You don’t have to eat it all if it’s too much for you.”

He nodded, his head still low, and Larina reached over to take his hand just as the back door opened. Dillon jumped, and Burditt winced, but then a wide smile overtook his face, his excitement carrying him over to Sorina. “They’re back.”

“No,” he said, laughing. “Why would I care about that? We’ve got us a cozy home here where we all can stay nice and warm, and it’s done all right in getting our boy back to good health again, so we’re fine all cuddled up good here.”

Dillon frowned a bit, coughing as he reached for his cocoa. Larina bit her lip, hoping he wasn’t getting sick again. He was supposed to be better, not worse. Burditt gave him a look, a bit concerned, but that faded when he looked at Sorina. Larina didn’t think anyone could love someone as much as Burditt loved her.

“The horses, Briar Rose. They’re back.”

She smiled, reaching over to turn off the stove. “Everyone bundle up nice and warm. We’re going outside.”

“Why?” Thyda asked. She looked over at Dillon. “He shouldn’t—and it’s cold. I know that we have to do chores, and the animals need care, but we’re not done with breakfast yet—”

“This is something you won’t want to miss,” Burditt said, reaching over to grab coats off the rack and pass them around. “We’ll bundle you up extra warm, just in case, but I want you to see this, too. Come on, little bit. I would have thought you’d be jumping at the chance.”

She grinned back at him, pulling on her own coat and zipping it up. She took out her mittens and then shoved them back in her pocket when she saw that Dillon wasn’t moving. He drew his legs up against his chest and coughed again.

“Maybe you should go without me.”

“I’ll carry you if I need to,” Burditt told him. “I don’t want any of you to miss this. I don’t know when we’ll see it again—it’s been years since Sorina and I saw them the last time, and you won’t want to miss it. I promise. Come on.”

He pulled on the coat and buttoned it up, and Burditt took the ugly wool hat and covered Dillon’s head with it, handing him an oversized pair of mittens, too. The ones they found when Sorina dug out an old coat of Burditt’s for Dillon had unraveled, and so they didn’t have any that fit Dillon right—he wouldn’t wear hers or Thyda’s because they were pink—but Larina figured he could curl his hands inside the big ones and be plenty warm. She went to the rack and took down Burditt’s scarf, winding it around Dillon’s neck until she could hardly see his face.

“Hey,” he protested, trying to push the scarf away. “I’ll trip over this thing. It’s too big.”

“If it had more colors, I’d be reminded of a television show,” Burditt said with a slight smile. “Don’t worry. We’ll manage. Everyone ready?”

Larina nodded, and Burditt grinned. “Let’s go see them, then. Careful now so as not to spook them, but come out into the yard.”

She followed him out the door, almost falling into the drift right beside it—they needed to shovel a wider path again—and she stopped when she saw what Burditt meant by them. Horses. Dozens of them. A whole wild herd, more than half of them as white as the snow surrounding them.

“When I first saw them, I knew I wanted to raise horses here,” Sorina said, taking Thyda’s hand and smiling at the sight even as her breath fogged in front of her. “I wanted something just as wonderful and majestic.”

Larina nodded, reaching for Dillon’s hand, but he wasn’t next to her. She frowned, turning around and hoping he wasn’t lost in the snow, and her mouth dropped open when she saw one of the horses had come up on the other side of them, sniffing at Dillon’s hat like it wanted to eat it. He laughed, and the others started to stare as well, watching him pull off his mitten and offer his hand to the horse, who sniffed it and licked at his palm.

“I guess we got two miracles this morning,” Burditt said. Sorina nodded, leaning against him and pulling Thyda with her as they all watched. Larina put her hand in her pocket, smiling herself when she found the oats in there.

She walked over to Dillon, trying not to spook his new friend, but she did. He looked back at her with a frown, and she held out the oats, hoping he could lure that beautiful mare back to them. He took the oats. The mare snorted, and he waited.

After a few moments, the horse stepped closer, nudging his hand and eating all of the oats in it. Larina wished she had more, but when she checked her pockets, the mare spooked for good, running away from them and starting the rest of the herd off as well.

She sighed. Burditt put a hand on her shoulder. “It’s okay, little bit. They stayed longer this time than they ever had before.”

“But I scared them away. All of them.” Larina sighed. “Dillon was able to feed one. That’s special. It was wonderful. I just frightened them.”

“No,” Burditt said. “Dillon has a gift with animals, he does, but you do, too, and you’re all very special, wonderful children. Don’t forget that he wouldn’t have been able to feed the horse if you hadn’t carried the oats with you in your pocket.”

“Little matched pair you two are,” Thyda said, snorting. Sorina shook her head, leaning down to touch her face.

“Don’t think we don’t need you just because those two are good with animals. All us silly dreamers need someone around us whose practical, and that, my dear girl, is you,” Sorina told her. “We love all of you for who you are, and you’re all special to us.”

Dillon dropped the mitten he was trying to put back on. “You don’t love me. No one does. No one could. It…”

“That’s what your father said. He was lying,” Burditt insisted, and Larina thought Dillon was going to cry. He was already coughing again, loud and almost as bad as he had been when he first got sick. Burditt reached for him, but Dillon whimpered and ducked away.

“You might be Larina’s friend, but that doesn’t mean none of the rest of us care about you,” Thyda said, shaking her head as she left Sorina’s side to go to him. “Everyone loves you, Dillon. I don’t know why you don’t see it.”

He shuddered, and Larina wrapped her arms around him, holding on tight as he did. She knew it would take a long time for him to believe that they loved him, but she’d prove it. She’d prove it every day. That was what they saw in him, so much that was sweet and kind and good and special, and he’d know it someday. They’d show him that.

Just like Burditt had showed her and Thyda already.