Author’s Note: So I suppose it’s not quite right/fair to use coffee to fill in a comfort food, but it is a comfort food for me, and the idea of it went well with a favorite song as well as led me into something that could help with the part where I currently am in Dillon and Larina’s story instead of just being a random moment from their past.

So I used coffee. I also used Landon Pigg’s “Falling in Love in a Coffee Shop,” even though the coffee shop only gets mentioned. It still works. 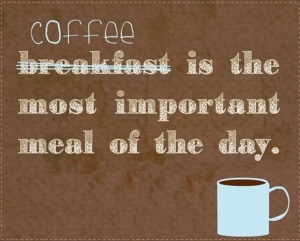 “I think I’ll start with a peace offering.”

Dillon tensed, not wanting to look behind him. “Larina, we don’t have anything to—”

“Don’t say we don’t have anything to discuss, because we do,” she interrupted, and then she stepped around the gate, forcing herself in between him and the wall of Benedict’s stall. “I know you probably don’t want anything from me, not after how badly my last gift backfired, but this… this is a lot bigger than one misunderstanding, and we have to start somewhere, right?”

“Exactly how much did you and your sister have to drink?”

“That is so not important, and I’m not drunk now. I might have a slight headache and possible hangover, but I’m not under any kind of influence at the moment. I came back early so that we could talk before the others got here. And we do need to talk.”

Dillon shook his head. “I don’t know that we do. I think maybe we were wrong to think we could settle this mess without lawyers. Go get one, sue for it, and have done. I’m not—I can’t do this with you. I think the worst part of it was thinking that we could work it out this time.”

She shook her head, placing a hand on his arm. “No, it wasn’t. It was that we let the past get in the way again. We don’t need lawyers. We want them because this hurts and it is so many old wounds and scars and things we don’t want to face, but it’s not impossible to surmount. It’s us, Dillon. How much have we already overcome to be where we are? You came back from a horror no child should have to face, and while I was never in that position, I did screw a lot of things up and yet somehow managed to muddle through somehow.”

He swallowed. She made it sound easy, but it wasn’t. “We fell into old patterns again for a bit, and it—it doesn’t work like that anymore. We aren’t those kids we used to be. Hell, we’re not even friends.”

“Not even if I got you coffee?”

He stared at her for a moment, and finally, he gave in and laughed because her expression and the moment didn’t allow for much else. She slipped out under his arm and came back with a cup. He gave her a look, but she smiled that same old smile of hers, the one so sincere it was dangerous, and he found himself taking the cup from her.

“It is. I printed the picture off Thyda’s computer, put it in a personalizable mug, and there you have it—a present not even my last screw up could make you refuse. Or at least that’s what I was hoping.”

Dillon looked at her, hesitating, and then he sighed, silently cursing himself for the weakness he would always have to her. If she’d stayed away, maybe he could have found a way to break that pattern, or maybe he could just have fooled himself because she was never there, but she was here. He couldn’t avoid her, and he would never win against her.

“Coffee is just the beginning of the truce, though,” she said, and he frowned. “Well, you know, I would offer to make breakfast, but I can’t cook, so I can’t offer that, but I know how much you like coffee, and so… I started there and figured the rest would come with maybe cleaning out the back barn or something like that.”

“Made Will do that yesterday.”

“Like it doesn’t need it every day.” Larina met his gaze and held it. “Please, Dillon. At least hear me out. You know it doesn’t work if you don’t let me at least say I’m sorry.”

He didn’t know how to handle her begging. He was about to cave, and he knew it. That expression, the tone of her voice, it took him back to other times, to other moments, and he was starting to think he’d ruin everything, throw his willpower away, and do far more than forgive her.

“Please,” Larina said, tugging on his shirt. “I know you have a lot to do today with the extra horses, and I’ve got to go to school in a few minutes, but you never eat breakfast with us anymore—not that I blame you; the environment in there is almost intolerable these days—so if you drive me in to town, we both get breakfast and we get a few more minutes together.”

Dillon shook his head. “If you’re so aware that we’re busy here, you know that I can’t leave. I have too much to do to go have a big breakfast—and I don’t need one.”

“Coffee, then? We could go to that little shop and—”

He kissed her, cutting off her words, knowing he’d give in if he let her keep talking, and while he’d never been very good at standing up to her, he’d found he was very good at distracting her like this.

Another kiss and she was holding onto his shirt for a different reason, and when he stopped she moaned, her eyes mostly shut, and he had to smile at the sight because there were few things that left Larina Payne speechless.

“You’re going to miss your bus.”

“One more,” she said, and he rolled his eyes even as he did as she asked, always so weak to her. She pulled back with a smile. “You’re right. Who needs coffee when we have that?”

He shook his head, laughing as he pushed her out of the barn and toward her bus stop.

Dillon grimaced, wishing his mind hadn’t gone there. She was watching him, and he knew there was some mercy in her inability to know which memory had just replayed in his head, even if she did know him well enough to know that one had been in his head. He swallowed, shaking his head and shaking it off, unwilling to think about it anymore.