Author’s Note: Today I got a late start on writing a piece for the digital care package. Having a spider turn up at lunch kind of threw off the day a bit.

Anyway, I was late, so this is a bit late, and I did the song post first, which could be considered spoilers, I suppose, though this piece has plenty (*sigh*) and so it’s all a big bit of mess, but it does come after yesterdays’ bit with the coffee. That’s something.

The song with this piece is “Feels Like Home” by Chantal Kreviazuk. It’s kind of easy to see why. 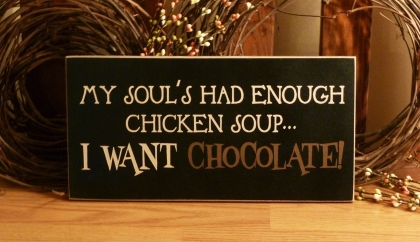 “Don’t knock it. It might be canned, but at least I can make it,” Larina said, opening one up and dumping its contents into the pan. She knew it wasn’t any kind of breakfast, but then Dillon didn’t eat breakfast most days anyway, not unless Burditt made him—since her uncle died, she didn’t think she’d seen Dillon eat in the morning, not once—and so her pathetic can opening skills would have to be enough for now. “You shouldn’t let yourself get back in the habit of not eating breakfast.”

“I don’t—you know that I have my reasons for not liking breakfast, and it’s not like I don’t eat at all. Burditt kept trying to make that assumption, but he was wrong. I do eat. I’m just never going to be a fan of cereal and not much of one for pancakes or waffles, either. The whole near cardboard taste of some of them—it reminds me of that same bad day, and I can’t do it. If the cereal hadn’t tasted like cardboard, I wouldn’t have asked him for milk, and if I hadn’t…”

Dillon shuddered, and she crossed over to his side, touching his arm. She hated this, hated seeing him in pain, still so hurt after all these years, unable to forget the trauma and even blaming himself for it because he’d done something innocent like ask for milk.

“He’s not here,” she said, keeping her voice low. She wanted it to be soothing, not jarring, not something that would set him off more. “He hasn’t touched you in over fifteen years, and he won’t start now. None of us would ever let him close, and you know that. You have Thunder who would break down his gate and come running to save you, and there’s Mettle, too, who’d be there for you, but even if the animals weren’t, there’s Kay and Jesse and Jacob and Thyda and Bonnie and maybe even Will, if we’re crazy enough to let him stay on.”

“You didn’t list yourself,” Dillon said, looking at her with that intensity that she found unsettling because it saw all the way through her, the way he did more often than she wanted to think about, more often than she thought he should. “You’re still planning on leaving again, aren’t you?”

She let out a breath. “I don’t know what I’m doing, honestly. I can’t say that I feel right staying. This… I still don’t feel like I belong, and I don’t know how to fix that. I don’t know where I went wrong in all of this, but somewhere in it all, I got lost, and I can’t find any kind of… direction.”

He opened his mouth, shut it, and turned away. Leaning over the sink, he shook his head. “I never figured on you ever leaving this place for good. Briarwood was your home, and I still don’t see how anyone believed it wasn’t. Yes, you went to college, and yes, you had other friends to spend time with and other places to be, but you didn’t ever forget where you came from. This is it. This has always been home. I know when we fought I said it wasn’t, but as soon as I was back, I knew… it wasn’t Briarwood you were rejecting. It was me, and it hurt, but I was wrong to say that you didn’t want to come back. I knew you did. You just… didn’t want to be there with me.”

She swallowed. That was hard to hear, harder too accept, but if she denied it—that would create another mess she wasn’t ready to deal with. She put her hand over his. “Thyda told me about your idea of making Briarwood into a non-profit organization.”

“I suppose you hate it.”

She shook her head. “I don’t, actually. It’s not that bad an idea, though I think it’s not really Briarwood. Thyda said we’d have to look into doing fundraising and I remember how hard that was in school, how stupid and scammy it felt when we brought home those catalogs—I suppose you don’t know that feeling, but I doubt you’d want to be the one that was doing much of it, and I know I’d hate it. I wouldn’t want to feel like… like we needed handouts to survive.”

Dillon grimaced. She knew he hated charity even more than she did, hated pity because he got it too much after what he’d suffered at the hands of his father. “That’s—well, you’re right. We’d all hate it. It just… It was the only way I could think of that would keep my ex-wife from any part of Briarwood. I won’t let Meghan get to it. I won’t let her wreck this place. She’s done enough damage. She can’t take this place, not one piece of it.”

“And she won’t,” Larina agreed. She drew in a breath and let it out. “I have a counter offer, Dillon. I don’t know how easy this will be, and I know right now I can’t afford anything because I’ve got debts to pay off and I messed things up between us good again thinking I was doing the right thing, but I have to throw it out, have to say it at least once, have to—”

“Spit it out already,” he said, and she looked down to find his hand on her arm this time. She could barely think at the moment, nervous as she was, but she nodded, swallowing and forcing the words out.

She licked her lips, trying to make herself coherent. “Yes, partners. I want to buy half of Briarwood from you. I’d have to do it with my services as a vet first because as I said, I don’t have any money and I’ve got loans to pay off from school, but if you were willing to work out an arrangement with me, I’d buy in and get half, and it would be…”

“It would be what, Larina?”

“Home again,” she whispered, feeling stupid. She didn’t know why it felt like she needed to own it to belong here, but she needed something to hold onto, something to keep her from floundering the way she was, and she knew if she had half of Briarwood, there was no way that Meghan could get hold of it. This was the right solution.

“You’re such an idiot,” Dillon said, and she frowned again, not liking his ability to say that to her now when he never would have dared before, not him, not that sweetheart of a boy. That must have been Meghan’s doing—or was it Larina’s? “You don’t have to buy it for it to be home.”

“Yes, I do,” she said, looking up at him, and then he was a blur because of her unshed tears. She pursed her lips, trying not to let them fall because she refused to be an idiot.

And his arms were around her, and she was crying, couldn’t stop it, but this was the first time since she came back, first time since Burditt died and that awful will was read that she felt safe again, grounded and whole—home.

“This isn’t right. I was supposed to be making things up to you, not getting comfort from you.”

“You shouldn’t have to buy your way back home,” Dillon said, stepping back and lifting her chin so she’d look at him. “I mean that. I don’t know why this got so complicated—the will, I guess, but it shouldn’t be because I would never force you from your home. You know that.”

She sniffled, trying to calm herself. “And if I want to?”

“We’ll discuss that later. First we have to deal with the soup you just burned.”